My pharmacy told me that they can't buy mylan any more and they do not know if it is discontinued or not. Since Qualitest lorazepam was discontinued, Mylan is the only lorazepam that works (less effective than Qualitest) but works with less side effects than others (Watson, leading pharma, actavis: don't work causing serious side effects). Any alternatives, or another generic lorazepam that works ok? Lorazepam is the only sedative that works for me for anxiety and stiffness due to side effects of levothyroxine. Other medicine such as clonazepam, alprazolam (xanax), cymbalta, zoloft, lexapro, etc do not work.

Which country are you in?

In the US, I have never seen a tablet with M 2 that is Ativan. Googling that imprint it looks like it may be a medicine called Furosemide by Mylan.

The Mylan Ativan said Mylan on them along with a number (I don't recall what the number was now, but it wasn't 2--something longer).

Mylan stopped making Ativan quite a long time ago now, and now Mylan has renamed itself as Viatris.

This brand is what I'm looking for. I have been on this brand for many years and I like it I work in a pharmacy I need this medication because I have severe severe anxiety from being beaten and pause I use it for my TMJ at night. I have tried many other brands of this lorazepam but it didn't work. Now I am on klonopin 0.5 mg and I do not like it, it is not helping my tmj. Are they going to ever bring this Brand back??? 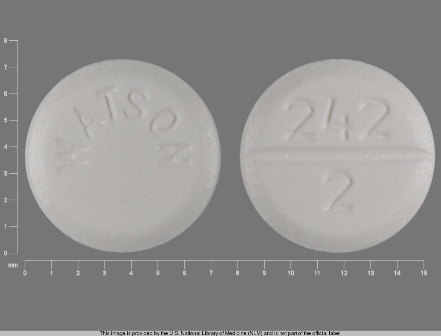 Short answer- no. Long answer- as told to me by a reputable pharmacist- Watson lorazepam was sold to Actavis back in 2013...along with the molds...so the 'real' Watson' you've been taking has been Actavis despite the "Watson" name still imprinted on the pill. Then last year, Teva bought the Actavis lorazepam and they did change the molds though they swear they kept the same fillers. When I went to generics back years ago I too found Watson the best.....around 2016 I noticed the letters were a bit blurry and the tablet was a shade lighter...that's when I began investigating.....but between the Watson, the actavis "watson" and the Teva, I found little if any difference.

Do you take the ones that say "Teva" on them now? And do they work OK/ It seems like it was what I will take next after having been on the Actavis Watson for many years. I have been worried about the change, as I have had many difficulties with changing brands before when it comes to lorazepam.

welcome to the club, been taking watson for years, no problem but once teva starting making their own, which i think started in feb., i took the new one and cant say anything good, filed a complaint with the fda.
now im searching for something that really works

Unfortunately, there aren't many generics left on the market. There's the name brand, but it's not affordable without insurance, and it can be difficult to get coverage for it.